Are We Alone in the Cosmos? Space Dynamics Lab to Help Answer the Question 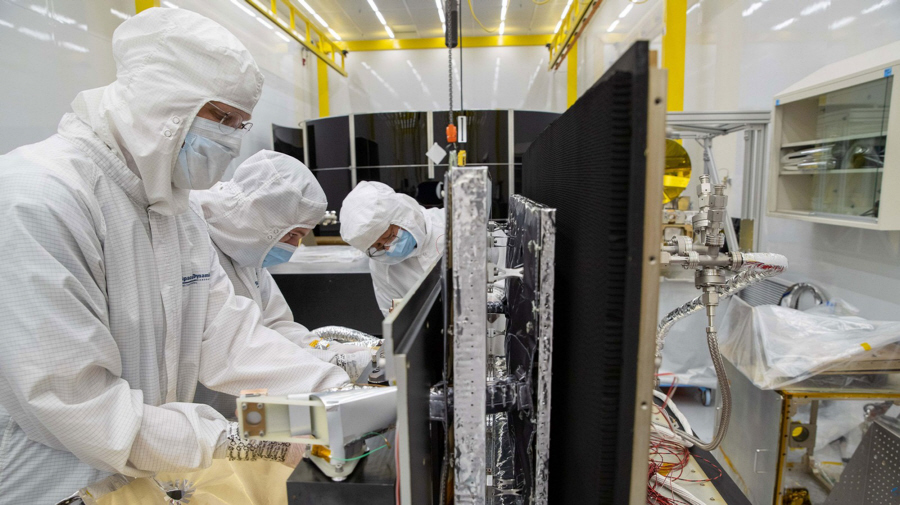 Utah State University's Space Dynamics Laboratory announced Tuesday that it has delivered a critical subsystem to NASA's Jet Propulsion Laboratory for integration onto the Nancy Grace Roman Space Telescope. The Cryogenic Thermal Subsystem for the Roman Coronagraph Instrument was delivered to JPL at SDL's facilities on USU's Innovation Campus.

SDL designed, built, tested, and delivered the Cryogenic Thermal Subsystem, which includes two space-qualified radiators, two thermal straps, and support structures that will reject heat generated by the detectors of Roman's sensitive Coronagraph Instrument. One of two instruments on the Roman Space Telescope, the Roman Coronagraph Instrument will demonstrate technology to enable future missions to discover and characterize planets that could sustain life within their star's habitable zones. Planets within a habitable zone are those within the range of a star where water could exist on the planet's surface.

Since the 1970s, SDL has been at the forefront of developing thermal technologies for space applications. Early in its history, SDL understood the need for cryogenically cooled instruments to obtain accurate space-based measurements in the infrared and other wavelengths. Now a signature SDL capability, the thermal subsystems SDL designs and manufactures enable exceptionally sensitive instruments, which in turn provide scientists with information to better understand the universe and our place in it.

The Cryogenic Thermal Subsystem's most critical function is to provide cooling to maintain the detectors in two of the Roman Coronagraph Instrument's cameras at sufficiently low temperatures, approximately minus 161 degrees Fahrenheit, which will allow them to function with the required sensitivity. The first-stage radiator shields the second-stage radiator from the heat radiated by the Roman Coronagraph Instrument and other parts of the spacecraft.

"The talented staff of NASA's Jet Propulsion Laboratory have long been world leaders in developing technologies that enable space exploration. SDL is honored to support JPL and be a part of the historic Nancy Grace Roman Space Telescope program," said Gabe Loftus, SDL's program manager for the project. "The delivery of the Cryogenic Thermal Subsystem for the Roman Coronagraph Instrument shows our commitment to providing quality space flight hardware with the rigorous program execution that has become synonymous with SDL."

The Roman Space Telescope is slated to launch no later than May 2027. With an estimated mass of 4,059 kilograms, the spacecraft will operate at the second Earth-Sun Lagrange point, where the gravities of the Earth and Sun balance each other, to answer fundamental questions about dark energy, exoplanets, and infrared astrophysics. It will measure the history of cosmic acceleration in addition to searching for worlds beyond our solar system.